It was my grandparents who told me.
‘Yonder,’ they said, raising their arms and pointing west, ‘lies a town called Aberystwyth where the people eat jam and cheese sandwiches all day.’
Like a fool, I believed them.
Straightaway I wound up my affairs in Shrewsbury, said goodbye to my parents and headed west.
I disguised myself as a citizen of Aberystwyth and went to live among them. I ate the same food as they did; learned to operate a spinning wheel and cast spells on my neighbours like they did.

And like them watered my crust of bread each night with tears.
But no matter how I tried, there was no getting away from the cruel truth: I had been deceived.
The people of Aberystwyth ate the same shit as everyone else.
The sense of betrayal became the grain of sand in my soul’s oyster, one that eventually led to my Aberystwyth Noir series of novels and numerous other transgressions you can read about on this website.
Have fun, but try not to break anything. 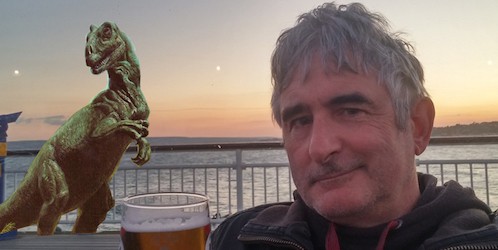 Novelist, playwright, copywriter, enemy of tyrants, poet, silly twerp who needs a boot up his arse….just who is the King of Welsh Noir? 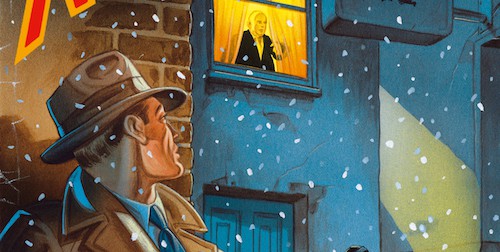 Six novels in the cult Aberystwyth Noir series, and a new detective series. Is there no stopping this man? Yes, he’s broke.

Take me to Aberystwyth

Giving birth to your first novel is never easy, visit St. Custard’s College, Oxford, for some advice on delivering that brainchild.

He writes ads too, like this one. Can you see any copy on it? I can’t. He still charged for it, though. Bloody scoundrel.

Show me the scoundrel's ads

Some people said I couldn’t sing, but no one could say I didn’t sing—Florence Foster Jenkins

Do NOT follow this link or you will be banned from the site!