To Succeed as a Novelist, you Don’t Need Chekhov’s Gun 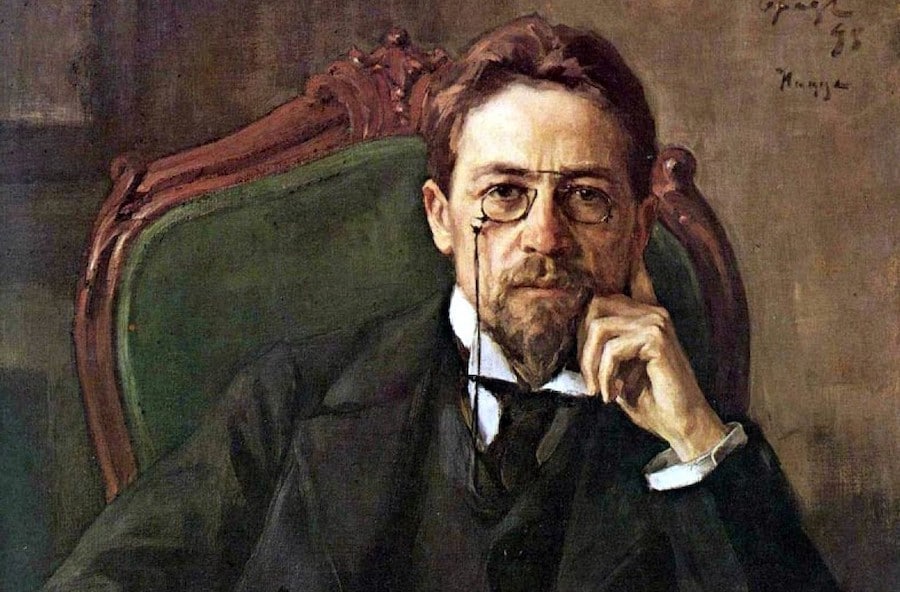 You need his time machine.

Pick up a few creative writing textbooks, and sooner or later, you will come across a reference to the famous adage coined by Anton Chekhov, called Chekhov’s Gun.

It goes like this: If you say in the first chapter that there is a rifle hanging on the wall, in the second or third chapter, it absolutely must go off. If it’s not going to be fired, it shouldn’t be hanging there.

This is an excellent piece of advice to help divest your prose of unnecessary baggage. But it is even more helpful if you reverse it to create what I call Chekhov’s Gun Reversed. Or Chekhov’s Time Machine.

It goes like this. Imagine you arrive at Chapter 23 of your novel, and the vicar ravishes the maid. The plot requires her to shoot him, but there is no gun hanging on the wall.

‘Damn!’ you think. ‘I forgot to mention it when I described the maid dusting the room the previous autumn, in Chapter 12.’ So you travel back in time to Chapter 12 and insert the gun. Then you return to Chapter 23 to write the scene you had been relishing rather more than you should.

Ah! But then the little voice in your heart protests.

The gentle art of foreshadowing

You know the reader will not be pleased if the maid suddenly turns into Calamity Jane. It will strike him as a bit too ‘convenient.’ No, for the maid to display sharpshooting skills, her talent needs to be foreshadowed. So you return to the previous autumn and invent a scene in which she learns how to shoot.

Perhaps she has taken the gun down from above the mantelpiece and is cleaning it. The Duke’s young son walks in and jokingly holds up his hands, saying, ‘Don’t shoot!’ The maid replies that she couldn’t even if she wanted to because she doesn’t know how.

Now, since the maid is very comely and the Duke’s young son would like to get his hands around her waist, he offers to teach her to shoot. He puts his arms around her to demonstrate the technique. She aims at the aspidistra in the hallway, she fires. Bang! And at exactly that moment, Aunt Agatha walks in. A look of horror fills her face; she falls to the floor as the red carmine starts to ooze from a hole in her forehead.

An incident all the more tragic since Aunt Agatha had that very day returned from a sojourn in the insane asylum. After being crossed in love and attempting to shoot herself with the gun on the mantelpiece, she had been committed ten years ago. (You will need to travel back to Chapter 5 to foreshadow the broken love affair.)

The Duke’s son is no slouch; thinking urgently on his feet, he decides to make it look like Aunt Agatha shot herself. (Well, it wouldn’t be the first time, would it?)

He puts the rifle in her hands and rearranges the crime scene. It’s just another normal day in an English Country house.

See how it works? We’ve foreshadowed the scene with the vicar perfectly. Now when he attempts to ravish her, we, the reader, will immediately remember the gun and hope the maid remembers it too. It will no longer strike us as contrived.

Keep your eye on the gardener

As a bonus, we also introduced several interesting blackmail possibilities. What? Did you overlook the gardener observing the murder through the French Windows?

OK, at the moment, he wasn’t there. But, later, in Chapter 31, when you discover you need to blackmail the Duke’s son, you can go back to Chapter 12 and have the gardener, alerted by the gunshot, look through the French Windows and watch them rearranging the crime scene.

Cheerfully rewriting history like this is a handy tool for novelists, especially first-time novelists.

Because it helps free the writer from perhaps the biggest single obstacle to finishing the task, namely the little Gremlin of doubt that perches on our shoulder.

You know the one. You toil away tormented by the conviction that you were never cut out to be a writer, that you have no talent, and that what you are attempting is an act of presumption for which the gods will surely crush you. And there he sits, the little Gremlin, and whispers into your ear that you are right.

And being a humble sort of person, you believe him. And give up.

The understanding that what you are writing is not set in concrete and can be changed later as many times as you wish is a very liberating discovery. It helps you shut up the Gremlin because if he says you are writing rubbish, you can acknowledge it and say you intend to come back later to improve on it.

And you might add — to completely take the wind out of his sails — All writing is rewriting.

There is no writing cop

Admittedly, some new writers can feel reluctant to do this because they suspect it might constitute an act of cheating. But in truth, it is the very essence of what it means to be a writer of fiction. It is not cheating, and there is no writing cop waiting to hand out a ticket for rewriting the past.

You can use the Time Machine with gay abandon, as long as you take steps to ensure that nobody ever sees your initial drafts. You need a good size waste paper bin and the courage to use it. And you must make your butler sign a nondisclosure agreement.

Oh, and keep an eye on the gardener.