To Understand the Meaning of ‘Show Don’t Tell’, Try This Simple Trick: Reincarnation. 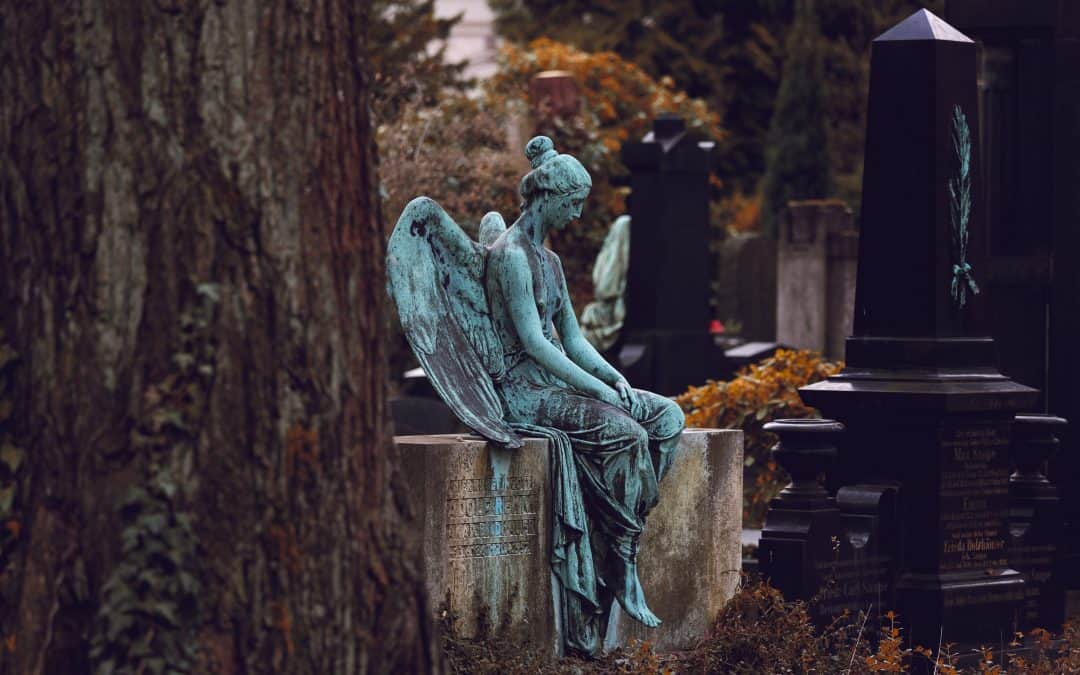 Writing tutors are forever exhorting us to ‘show don’t tell’.
It’s a bit like being told to eat your greens when you were a child. One man even returned from the grave to remind us of its importance.

His name was Sonny Graham. He became, for a while, a tabloid sensation.

Is it reincarnation? It seems pretty close to me. It certainly lends credence to the belief held by writers, musicians, painters, your grandmother, and just about most of the world that the heart is the seat of the emotions.

And emotion lies at the heart of the mantra about showing and not telling.

To understand why, consider why we read novels. Why we so ardently crave the pleasure of being ‘lost in a good book’, and why we spend a large part of our lives seeking this happy state.

Most people never stop to question it, but it can be instructive, especially if one wants to be a writer.

Essentially, reading is a form of self-enchantment. When you read a book, you enter an altered state, a dream, sometimes called the ‘fictive dream’. And the words on the page are the coded instructions for this dream. Generally, you participate in this dream by becoming one of the characters and living the life they live. As a consequence you get to savour a vast spectrum of emotions devised for you by the writer. You can fall in love, cure cancer, murder someone in a fit of rage, or enjoy that sensation so rare almost no one in the real world ever experiences it, conquering Everest.

But perhaps most impressively, you get to enjoy the funerals of people you love. This is where the storytellers have improved on life: the pain and suffering that is a hallmark of our experience in this world is transmuted into something enjoyable. The fictive dream is a thornless rose.

In the real world, for example, when your dog dies, it’s heart-breaking. But consider what happens in the movie, Lassie. (Spoiler alert!) The dog fights the bad guys, saves her owner’s life, and then gets swept away over the waterfall in what appears to be a terrible death. And guess what? We love it! We are moved to tears but the tears taste not of salt but honey. We love to cry at movies.

This magic trick is effected by showing rather than telling. But what does it really mean? ‘Showing’ essentially means to perform the event live in front of the reader, as if they were at the theatre. The difference being, the reader is not sitting in the audience but on stage, participating. Thus you, the reader, get the same visceral sensation that you would if you were really there. It’s the difference between standing on the riverbank, watching in horror as Lassie is swept away (showing); and reading about it in the newspaper the next day (telling).

With the first, you were there. With the second, you only heard about it.

Storytelling ‘Tricks of the Trade’

So how can we take advantage of this insight? How can we writers give the readers the emotion they crave?

It’s a lot easier than you might imagine. Countless generations of storytellers have developed a well-defined arsenal of devices that you can use.

Here’s a straightforward formula, one of many. Introduce us to a character on page one and make us care about him. Then give him a life filled with hardship, suffering, and, most importantly, injustice. Make the hardships escalate in severity. Finally, when all hope seems lost, pull a rabbit out of the hat. This is the plot of half the Dickens novels you have read.

Here’s an outline of how it might work, with our emotional reactions in italics:

Meet Jack. He lives happily with his widowed father in India.
His father dies. Instantly we feel sorry for Jack.
He is sent away to live with his aunt in Yorkshire.
The house is cold, draughty gloomy and haunted.
Jack is desperately homesick.
We feel sorry for him.
The aunt despises him on account of a bitter falling out years ago with his dad.
So she beats him.
This is awful. We feel terrible.
But worse than physical mistreatment is injustice, especially visited upon the innocent.
Jack is falsely accused of stealing money. We are outraged.
He is sent away to a brutal school where he suffers more indignities. We feel awful.
If there is one thing we enjoy more than injustice it is the anticipation of it eventually being rectified. We look forward to this.
Meanwhile, at the workhouse Jack falls in love with Genevieve, the French schoolmaster’s beautiful daughter. She passes in her carriage every day.
Jack being a pauper has no chance. So he decides to end his own life.
So we play a mean trick on the reader. Hope!
A firm of solicitors write to his aunt about a bequest. Jack stands to inherit a great fortune.
He can marry Genevieve after all.
Ah but as they say in soccer, it’s the hope that kills you.
The aunt burns the letter etc.

The language of the heart

So the crafty writer pulled on our heartstrings and made our hearts soar, sink, and almost break. For much of the time, our heart was in our mouth. The importance of the heart is encoded in the very language we use. Admittedly, not everyone will agree. This is what a heart surgeon had to say on the matter:

The heart is a bunch of muscles with some nerves that stimulate it and some chemical receptors which allow it to respond to chemical and neurological stimuli…in reality, it’s a pump, that’s what it does. I know I can take the heart out, and you can still fall in love. — Consultant Surgeon Dr. Francis Wells speaking in a Channel 4 documentary, ‘Hearts and Minds’.

Pretty heartless, right? All I can say is, if you want to write powerful fiction, ignore the advice of your doctor. Listen to your grandmother instead.