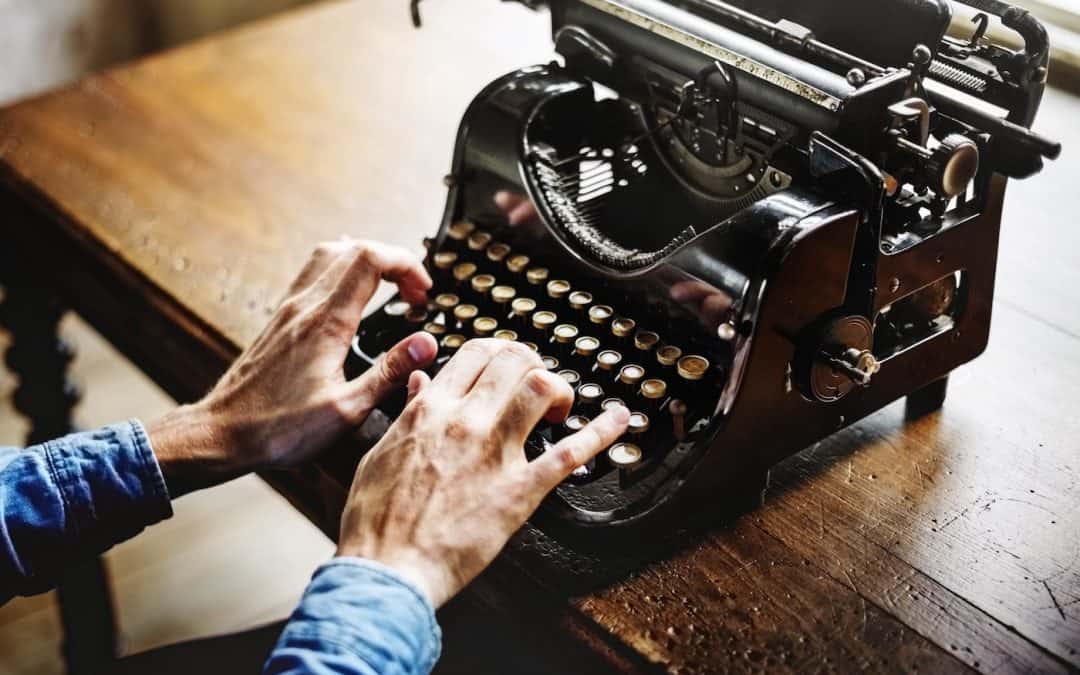 3. Shove your way in, empty a bag of soot on her floor.

4. Before she calls the police, whip out your vacuum cleaner and clean up the mess.

Apparently it worked. A lot of vacuum cleaners were sold that way.

In this long and detailed post I’m going to give you a method for starting that novel you always meant to.

There is no shortage of how-to books out there, you could read them till the cows come home.

But what if the cows don’t come home?

Try my condensed, vacuum cleaner sales manual version and you could start tonight.

Let’s start with the knock on the door.

Over the years I’ve had numerous students submit assignments that didn’t have a title.

Would you open the door to a salesman who didn’t knock?

Would you enter a restaurant that had no name?

Or drink something if you didn’t know what it was? I hope not.

A title is essential in drawing the eye and beginning the whole process. Without it you start reading cold and confused.

The title primes you. In truth it should do more, it should intrigue. You might not think so judging from the titles you see on many books. They have very boring titles. When you are established you can write books with boring titles too. But while you are trying to break in to the business why would you submit a book with a boring title as opposed to an interesting one?

If your novel is set in the desert and you want to call it Sands, that’s fine, it’s your book. But whilst you stand on the threshold knocking on the closed door, why not call it ‘Confessions of a Camel Testicle Swallower?’

I would. I mean, put yourself in the position of the agent. Which unsolicited manuscript are you more likely to take a peek at?

You can always change it back to Sands later. Or do what I would do and write a Camel Testicle Swallower into the story. It doesn’t have to be a big part. I did this on my second novel, Last Tango in Aberystwyth. I submitted the manuscript with only a working title and my editor suggested the title Last Tango in Aberystwyth. It was good but there were no tango dancers in the story.

Well, there are now.

Next comes the foot in the door: the opening line. Readers and writers all love great opening lines. They collect them in lists. Here’s a good collection:

Savour them. I like them too, but I’m possibly going against the grain here when I say I think they are overrated. Or at least the emphasis on them can lead the unwary into distorting the opening by trying to shoehorn a great opening line on to the front.

This is the threshold, you want people to step seamlessly over it and into the body of your story. It probably doesn’t hurt if they stop to admire your doorstep, but it’s not the point.

Your task here is to beguile not to bedazzle.

The next requirement is make sure there is something going on in your opening. It’s got to intrigue. It’s got to promise good things to come. There has to be something afoot in story terms that one can sense.

The absence is very easily detectable. It’s the hive with no hum. It is fashionable in certain circles to look down on Dan Brown’s The Da Vinci Code, saying it is poorly written. I’ve just read the opening section online and it is jam-packed with story from the opening line.

So how do you make sure your hive has got some hum? That in essence is what writing is all about. The great secret of writing. That elusive, indefinable, ineffable certain something. That spine-tingling Factor X. You can’t define it can you? You can’t say exactly what it is? You can’t weigh, measure, distil or bottle it, can you?

Yes, I think you can.

The mysterious Factor X is enchantment. I don’t mean that in a glib, Hans Christian Anderson sort of way.

I mean it literally.

When we become absorbed in a book we enter an altered state, a deeply pleasurable form of bewitchment. It’s called the Fictive Dream.

But at the moment, in the opening section we are still on the threshold, slipping into the dream state.

You have a lot of work to do in the opening section, you set up the ground rules, genre, tone, diction…you make a contract with the reader about what sort of book it is going to be. You introduce the lead character, the world and indicate what it is he or she will be struggling against. You have to shovel in backstory without alienating the reader, all the while beguiling the reader into the labyrinth towards the enchantment they crave.

Reach for the dopamine

That’s a lot to do and the way to achieve it is use the reader’s dopamine reward system to ensnare them. It’s all about curiosity and intrigue.

You raise questions in the readers’ mind and don’t immediately answer them.

You raise a big one that gets answered at the end of the novel, and you raise numerous smaller ones that form an overlapping chain that hooks the reader.

Dopamine is the hormone associated with pleasure and reward. But crucially is it is released in anticipation of a reward, not on the gratification of a desire.

This has profound significance. It’s the reason certain towns in Germany have installed traffic lights in the pavement to prevent smartphone zombies walking into the paths of trams.

‘It was the day my grandmother exploded.’

‘It was the day a thing you won’t believe happened to my grandmother.’

Or try these two opening sentences:

The assassin put his finger on the trigger, trained the telescopic sight on the Queen, and fell in love.

The assassin put his finger on the trigger, trained the telescopic sight on Queen Victoria, and fell in love.

There is only one extra word, but it makes a world of difference. With the first, you have very little idea where this is, or what it is or what is going on. With the second you surmise straightaway that this must be some sort of science fiction, time-travelling or otherwise experimental novel. You might be wrong but you are at least sufficiently intrigued to read on a bit and find out. You have a handle on things.

When readers begin a novel they are subconsciously trying desperately to orientate themselves, thinking, Where is this, what sort of genre, who are the people?

Now you need a method. Meet the Rhino.

Now you need a simple method. Nothing fancy.

2. Step two is improve on it. That’s not hard either, anyone can take a bad piece of writing and make it a bit better.

3. Step three is to give it heart. How do you do that? You don’t. That’s the job of the Rhino.

The amiable rhino is happy to indulge her in this belief.

Most of the really good stuff in your novel will be written by the rhino.

But he won’t simply give up the goods. First you have to pay your dues in blood, sweat and tears. You have to toil. If you do that, the rhino will deliver.

All creativity works this way: first a period of formal endeavour by you, and then the Big Potato from downstairs rises from his slumbers and delivers.

You manifest your toil by writing a series of drafts, each one a bit better than the one before. It’s a process of distillation. Bit by bit, the good stuff starts to accrete and accumulate, the rubbish withers on the vine. The magic is in the distillation.

You may say not all authors do it that way. It’s true. They use a different part of the rhino.

Two other things you will need are guts and faith.

Guts. The courage to stick at it despite being disillusioned a lot of the time.

Faith. You need to trust in the rhino. Yes, this involves a leap of faith. But it’s not like a leap off a roof. The only bruises if things go wrong will be to your ego. And that’s not so bad.

If you want to write a novel, you are going to be tormented by doubt. Orwell described the process as ‘a horrible, exhausting struggle, like a long bout with some painful illness.’

And Orwell was good. So expect it to be painful. Then when it is, you won’t be dismayed. It will mean you must be doing it right.

Just plough on with this one thought in mind: your task is not to write a novel, but a draft.

Instead of aiming to climb Everest, you set out to put up a tent.

Hemingway said all first drafts are shit. I know mine are. The important thing is to finish it and not worry about the quality.

Finishing that first draft will be transformational, epiphanic. You will have done the hardest part. It will feel good.

How do you finish it? There is only one way: Habit.

It doesn’t matter if you don’t even know what your story is about, in the course of your first draft the rhino will reveal it to you. If it turns out to be different to what you originally thought your story was about, that is quite common. Trust the rhino. (And don’t tell anyone.)