‘Do this,’ the hotel clerk said, ‘and you will end up murdered.’ 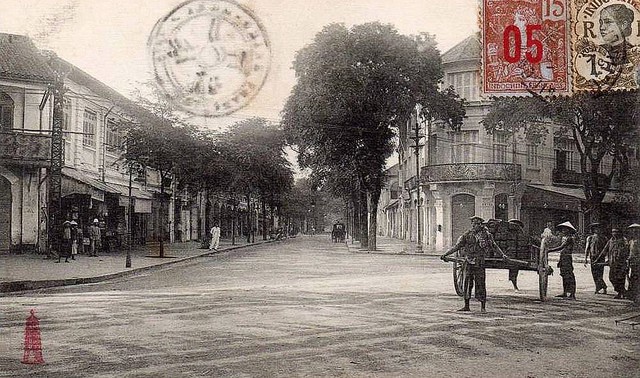 He really would have preferred me not to go out at night at all. Or during the day, for that matter. But blessed with the immortality (stupidity) of youth I insisted.

So he said, on no account should I hail a cab in the street. Safest would be to order one through the hotel desk.

The consequences of ignoring this vital piece of advice were potentially very grim. Both for me and the reputation of the hotel.

So I ignored it and hailed a taxi in the street and gave the driver the name of the bar someone had told me about.

This was Phnom Penh, Cambodia, in the late 1980s. At that time, it was still considered an unsafe destination and tourists were discouraged.

The travel advice from Her Majesty’s Foreign and Commonwealth Office was clear: don’t even think about it!

The principal ‘tourist’ sight, which I had visited earlier in the day, was the ‘Tuol Sleng’ school that had been used as a detention and torture centre by the Khmer Rouge.

No attempt had been made to sanitize the experience: the implements of torture, and the blood stains, were still there.

As was a sign by the gate outlining the most ghoulish set of ‘house rules’ is is possible to imagine.

Here are a few of them:

And then there were the photos. The Khmer Rouge torturers took photos of all the victims on arrival and then pasted them on the walls. Room after room, a sea of these black-and-white portraits from which people stared out with the certainty in their eyes that they would soon die horribly.

Amid all the Cambodian faces, one stood out. A single white face. A western traveller who presumably too had ignored the travel warnings and journeyed to what once had been the land of temples and elephants.

I never saw a lonelier man.

Initially my adventure went well enough. I took a taxi from outside the hotel without a problem, but, on my return, I hailed a rickshaw in the street.

It was very dark.

Street lighting was not a big thing in Cambodia even before the Khmer Rouge.

There was the odd lamppost on the main thoroughfare but soon the driver turned off the main road and started heading away from my hotel. I began to feel very uneasy. I remembered that white face on the wall of Tuol Sleng.

I started to wonder, should I jump out of the rickshaw and run? But run to where? Within minutes of leaving the main thoroughfare I had lost all idea where we were. The dark streets were a maze, an endless expanse of shacks and huts, muddy roads and alleys. Occasionally shadowy figures could be discerned around cooking fires.

Eventually, we reached the spot where I was to be murdered.

It was a garage in a pitch black street.

A group of men could be faintly discerned, seemingly breaking up lorry engines. There was a brazier burning wood. It threw an eerie coppery glow over the scene. The men were all bared to the waist, muscular, and dripping sweet and engine oil. It was a Hollywood version of Hell.

The rickshaw driver cried out to the men, ‘I have brought a chap who dared to thwart the revolution!’

OK, I don’t know what he said, it was in Khmer. But would you bet against it?

The men walked over and surrounded us. Their leader stepped forward. He was a giant, a huge goblin of man holding a spanner bigger than a tennis racket. In his huge hand it looked like a tea spoon.

He looked at me with eyes glittering from a cruel gargoyle of a face, took a firmer grip on the spanner and spoke. ‘Excuse me sir,’ he said. ‘but could you tell me the name of your hotel, the driver was not able to understand when you spoke to him formerly.’