The Girl They Said Would Rob Me 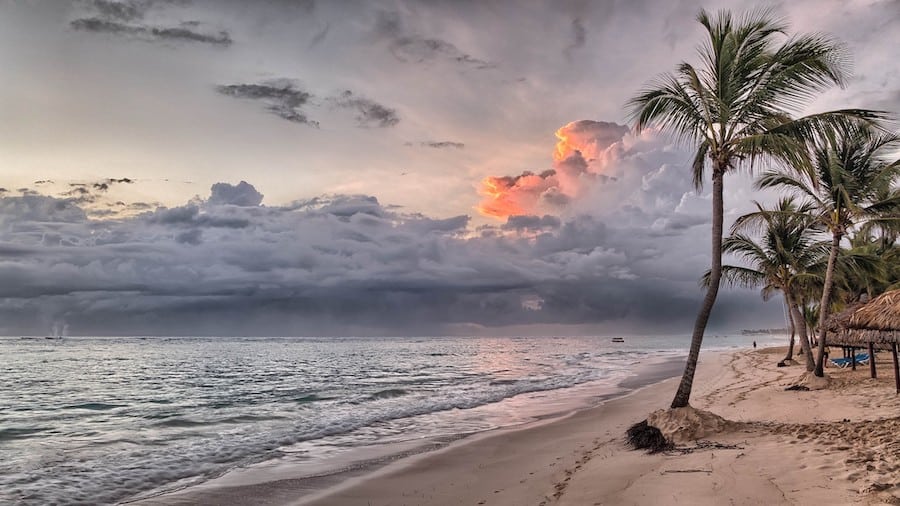 I met Leah on the floating bar in the bay of Puerta Gallera, a hundred or so miles south of Manila.

She was crying and told me that she was missing her boyfriend from the Netherlands who would be sending her an air ticket. From the way she said it we both knew somehow that the air ticket would never arrive. We drank some bottles of San Miguel. Then she left and the other girls in the bar told me to beware of this girl because she was a ‘bad girl’ and would surely rob me.

I drank a few more beers and when I came to pay my tab the bar man told me, with commendable honesty, that Leah had already paid it.

We spent the next month travelling, exhausted by the heat, torpid as lizards in a succession of dingy cheap hotels. Every morning when Leah went to the ‘Comfort Room’ I would count my money with a prickling sense of shame.

I had arrived in the Philippines with no travellers cheques nor credit card, just a stash of US dollars which I had hidden in a wound dressing. I reasoned that thieves knew all the hiding places you could devise but no one would steal a man’s dressing. I soon got tired of this, threw the dressing away and kept the money in my wallet. Leah knew it was there.

But the Girl They Said Would Rob Me never seemed interested in money. Only once, at an up-country bus station, did she ask me for 10 pesos to buy a boiled egg.

And then the Easter Vacation was almost upon us. In the Philippines everything closes for Easter and being adrift and alone can be a problem, it’s like four Christmas days in a row. So Leah invited me to go with her to her village in the provinces for the fiesta. The word fiesta conjured up for me an image of a flower-bedecked donkey being led down a cobbled village street, with an icon of the Virgin on its back; singing villagers follow strumming banjos, while in the background Popocatépetl smoked amiably on the horizon.

I’m not sure where this image came from, certainly not the Philippines. I think it was from the BBC TV series, Flight of the Condor, set in Chile. Although I know Popocatépetl is in Mexico. The Philippines is a long way from either but I said yes anyway because I had nowhere to go.

In truth, as I was to discover, Leah lived in the Stone Age. It was a 56 hour journey from Manila, by bus, ferry, jeepney, sampan, and then on foot across a land of fierce heat and water buffalo chewing solemnly in padi fields.

We arrived at her village around noon. The huts were made from orange boxes with thatched roofs. There was no electricity, no running water, not even any glass in the holes that might be described as windows.

Leah’s mum came out. She took one look at me and proceeded to conduct a blazing row with her daughter in Tagalog.

Meanwhile her little sister took my shoes to the river to wash. I don’t know why.

That evening an anticyclone hit the Philippines and all travel was rendered impossible for a week.

I became a stone age dweller.

And so we lived there a week. Every day Leah and I would go to the river to bathe and wash, with a hundred children lining the river bank watching. We ate rice and cakes of dried fish, drank water from the same river we washed in; ate vegetables cut from the jungle that were beaten to a pulp and boiled for many hours.

I quite liked the zen austerity of the simple food. But the boredom was excruciating.

Only in the evening did time pass with pleasant swiftness. Everyone went to bed at 7pm.

Leah and I would sit outside under the stars, the trees flickering with fireflies like Christmas trees. We drank home made rum and she drip-fed me the tragic scraps of her life story.

It was about now, I think, that the awareness began to dawn on me of what a crass and insensitive act — albeit unwitting — my ‘adventure’ in the stone-age was.

The feeling grew in those moments when her uncles and aunts came visiting to admire the Amerikano. (I had long since abandoned the attempt to point out I was from Europe.) They would engage me in simple English conversation and would naturally refer to Leah as my wife. At first I had tried to correct them but the expressions of unassuageable bafflement this produced were so painful to behold that I gave up.

It was as if I had introduced a new concept into the world. Whenever this happened I could feel Leah radiating a pain that I knew was shame. What on earth did I think I was doing? And yet, at which point should I have realised and declined the invitation to visit the fiesta?

So we sat and drank. She told me how she had ran away from home after watching the soldiers beat her brother with their rifle butts. In Manilla she had worked as a maid in a house for a rich woman who never gave her a day off in six years. Wouldn’t even let her contact her family to tell them where she was. As far as her mother was concerned, she had run away one day and never been heard from again.

She left the job as a maid, took up with a jeepney driver who made her pregnant and abandoned her. She showed me a creased and endlessly-thumbed Kodak snap of the baby’s funeral. A coffin the size of a shoe box, made from orange box slats, in a tiny wooden church.

Through the door a padi field blazed with green fire. I don’t think I’d seen anyone look quite so dignified as she did in that tattered Kodak snap.

The people in that village were the warmest and most kind-hearted I had ever known. I could sense it daily in the frustration they clearly felt at not being able to say more than a few kind words to me, and the endless smiling, or the way a stranger would come and give me a gift of two dry biscuits wrapped in newspaper.

After a week, the rains stopped and we we are able to leave. Leah’s brothers acted as porters to take us to Catubig from where we could catch the ferry to Cebu.

Waiting for the ferry, we went to a cafe to drink beer. Word spread that there was an ‘Amerikano’ in town and some teenage girls turned up to chat. Leah became quiet and said nothing. The girls asked me if I had any friends or brothers who would like a pen friend from the Philippines. I agreed to find out and so they all wrote out their names and addresses in the spidery ball-point of hope and handed me the piece of paper.

With great ceremony I folded it and zipped it in the back of my wallet.

The following week, back in Bangkok, I remembered the chit of paper. I unzipped the wallet, but the paper had gone.

It was the only thing she stole from me.