The Greatest Writing Textbook was Written in 1611 by 47 Men. 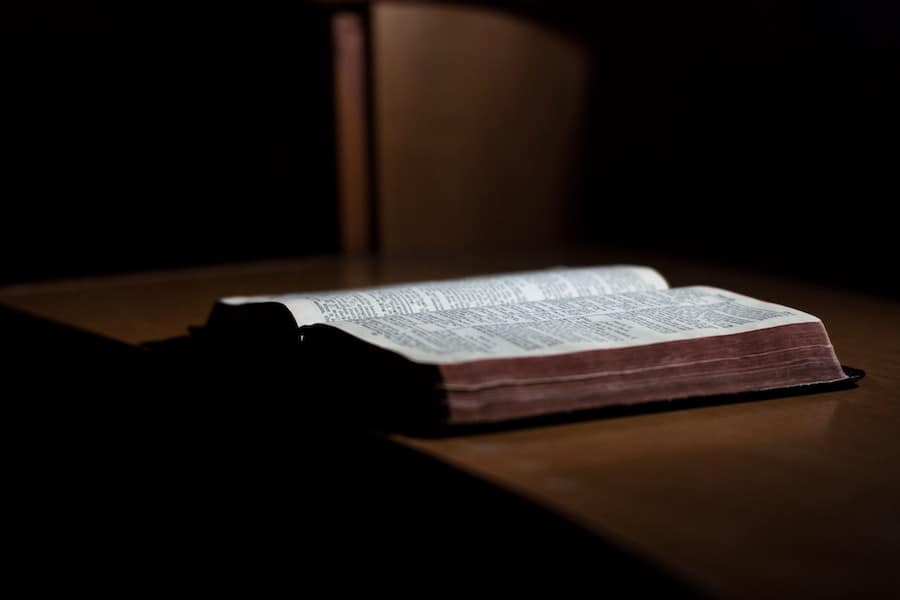 Long ago when I was lost in the Disenchanted Forest seeking ways to write my first novel, I read many books that claimed to teach me how to write fiction.

I quickly forgot most of them but there was one that made a lasting impression on me.

The book is called On the Art of Writing, by a chap little known today called Sir Arthur Quiller-Couch.

Sir Arthur Quiller-Couch was appointed King Edward VII Professorship of English Literature at Cambridge University in 1912 and the book in question was a collection of his inaugural lectures. You can read it free online here. (Section V is the one you need.) You might be better advised for the time being to stick with my exegesis because, well, a lot of students I have recommended it to complain that it is a bit hard-going. It’s true, it is.

The style is quite unfamiliar to our modern ears.

The students in his lectures are referred to always as gentlemen and there are clearly no ladies present in his cloistered world. He also peppers his lectures with jokes in Ancient Greek like this:

And they all laughed.

But I don’t hold any of this against him, it’s not his fault and his writings repay the effort it takes to extract their meaning. And I will always be grateful to him for the insights contained in his book. I really learned a lot from them.

The Forty Seven mentioned in the headline are the group of scholars who in the 17th century translated one of the great prose masterpieces of world literature, namely the Authorised Version of the King James Bible. And it is from their brilliance that Quiller-Couch draws his inspiration.

We are not talking about anything religious here, apart perhaps from the miracle that a committee of men could produce anything remarkable, let alone a work of such glory. As he says in a joke that needs no Greek scholar to translate, ‘I give you the word of an old committee-man that this is not the way of committees.’

To see what we are talking about here, consider the following familiar passage. The 23 Psalm.

The Lord is my shepherd; I shall not want.

He maketh me to lie down in green pastures: he leadeth me beside the still waters.

He restoreth my soul: he leadeth me in the paths of righteousness for his name’s sake.

Yea, though I walk through the valley of the shadow of death, I will fear no evil: for thou art with me; thy rod and thy staff they comfort me.

Thou preparest a table before me in the presence of mine enemies: thou anointest my head with oil; my cup runneth over.

Surely goodness and mercy shall follow me all the days of my life: and I will dwell in the house of the Lord for ever.

I don’t know about you, but I think that is deeply beautiful. I’m a fully paid-up member of the Official Heathen Club, but I can’t help but be moved. The Lord sounds like a great bloke and I would love to have his goodness and mercy follow me all the days of my life. Wouldn’t you?

Where does the power and beauty come from? To get a hint, try removing the occasional antiquated verb ending such as ‘anointeth’, then go and buy a dictionary aimed at seven-year-old children and look up the words. I don’t think there is anything there that would tax the ability of a literate child.

The words couldn’t be simpler, and yet the effect is divine, metaphorically if not literally. It should really give any writer pause to think that such sublime effects can be achieved with such simple words.

Or consider these fine examples:

‘Thine eyes shall see the King in his beauty: they shall behold the land that is very far off.’

‘And a man shall be as an hiding-place from the wind, and a covert from the tempest; as rivers of water in a dry place, as the shadow of a great rock in a weary land.’

Is there not something mystical and beautiful about the shadow of a great rock in a weary land?

Quiller-Couch ascribes the power of the language not just to its simplicity, but to the fact that the Bible scholars always chose words for things that you could ‘see and touch.’ He exhorts us at all times ‘to prefer the concrete term to the abstract, the particular to the general, the definite to the vague.’

As an illustration of how not to do that, he gives us a wonderful rendition of Hamlet’s soliloquy, written by a type of writer who earns his especial disdain, the writer of jargon:

To be, or the contrary? Whether the former or the latter be preferable would seem to admit of some difference of opinion; the answer in the present case being of an affirmative or of a negative character according as to whether one elects on the one hand to mentally suffer the disfavour of fortune, albeit in an extreme degree, or on the other to boldly envisage adverse conditions in the prospect of eventually bringing them to a conclusion. The condition of sleep is similar to, if not indistinguishable from, that of death; and with the addition of finality the former might be considered identical with the latter: so that in this connection it might be argued with regard to sleep that, could the addition be effected, a termination would be put to the endurance of a multiplicity of inconveniences, not to mention a number of downright evils incidental to our fallen humanity, and thus a consummation achieved of a most gratifying nature.

‘That,’ says Quiller-Couch, ‘is Jargon: and to write Jargon is to be perpetually shuffling around in the fog and cotton-wool of abstract terms…’

He reserves special praise for Shakespeare:

‘I wager you that no writer of English so constantly chooses the concrete word, in phrase after phrase forcing you to touch and see. No writer so insistently teaches the general through the particular.’

When Shakespeare has to describe a horse, mark how definite he is: —

Quiller-Couch does not explain why we should prefer words that describe things we can see and touch, he probably doesn’t think it needs explaining. But for the writer of fiction it’s worth considering why.

When we write a story we are in essence inviting the reader to participate in a dream. Our text creates the dream the same way the words of a screenplay create the movie. Our words tell the reader what happened, where and when, who says what and most importantly for our purpose here, what everything looks like.

The writer has first to imagine the world, then transfer the rudiments of this imaginary world to the reader so that she can re-imagine it. The vision is transmitted in words and choosing the right ones is vital. The task at all times is to make the fictive dream vivid, graphic and palpable.

When you say dog, I instantly get a picture in my mind. When you say canine, I get no clear picture, I have to stop and translate. Dog is one of the first words I ever learned, canine is Latin and came much later.

Quiller-Couch praises Shakespeare for always seeking ‘the definite, particular, visualised image,’ and contrasts this with Marlowe who offers ‘the beautiful generalisation, the abstract term, the thing seen at a literary remove.’

And that is the point, the thing seen at a literary remove. You want your reader to be right in the middle of a vividly imagined dream, not viewing it through the keyhole.

‘So long as you prefer abstract words,’ says Quiller-Couch, ‘which express other men’s summarised concepts of things, to concrete ones which lie as near as can be reached to things themselves and are the first-hand material for your thoughts, you will remain, at the best, writers at second-hand.’

If you are still not convinced about the power of the simplest words, consider one of the most oft-quoted passages in all of English literature. One that everybody knows and yet deals with concepts that drive to the very core of what it is to be human and the meaning of our lives on this earth.

It’s arguably one of the most profound sentences ever written, and yet with one exception every word is one syllable long. This is it:

To be or not to be, that is the question.