When You Die and the Angel Gives You the Form, Don’t Tick Option ‘C.’ 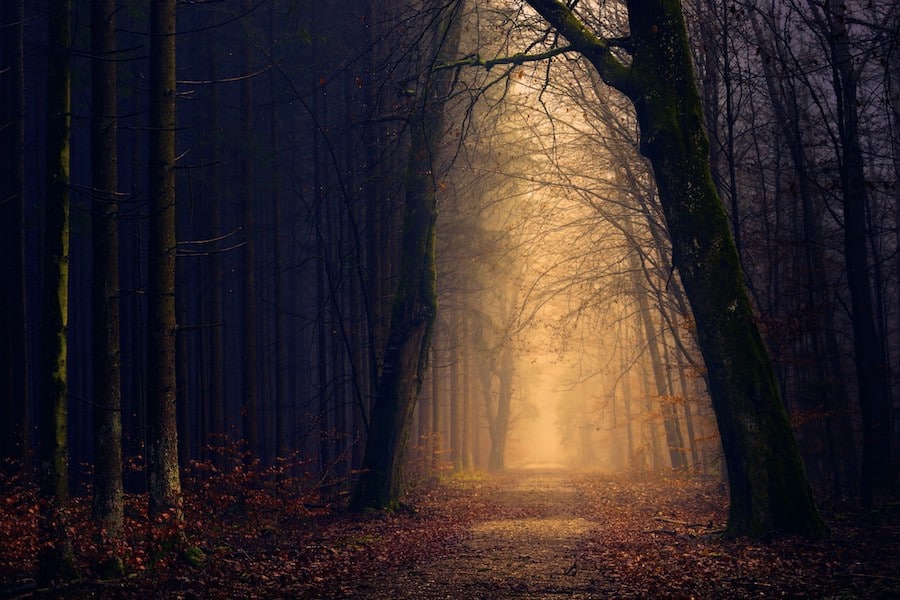 What does it all mean? This crazy, ineffable mystery of being? What does it mean? Really?

As far as I can make out, we have three options.

We are just lumps of meat with a pilot light that flickers for a brief fragment of time before going out. We were created by blind forces that had no provision of the ends they achieved. We live our lives bewildered and in pain; we struggle, eat, love, fight, visit the bathroom, and, above all, suffer. The older we get, the more we suffer. We are convinced it must have some meaning because it affronts the soul to imagine otherwise. But guess what? It doesn’t mean anything.

We come, we go, we rot…we blow away on the wind.

That’s Option A. That’s my favorite. I find it strangely comforting.

When we die, the grand illusion, the ‘Veil of Maya,’ falls away, and we see the truth in all its shocking and ineffable wonder. Our misshapen lumps of flesh are revealed as transient specks in the Eye of God. These temporary chambers of pain built from meat and bone dissolve away. We are joined again as one, and like a weary yeoman going home at the end of a long day’s plowing, we return to the unending and unbeginning ecstasy of the primal unity. We live on in ways beyond our capacity to understand. We are eternal, unbounded energy, joined again in the universal embrace of all-surpassing, all-fulfilling love.

That’s Option B. It strikes me as a bit creepy. But I find both equally plausible. If the universe is just a big accident, then A would appear to be likely. If it has a designer or is in any way manifest of a greater intelligence, then either A or B seems plausible. What I can’t accept is:

In this one, when we die, our spirit is resurrected and goes to séances where it raps on the table and moves tumblers around. Despite being pure spirit, our capabilities are strangely limited: we can only do what a poor conjuror can do. Worse still, the dead are cursed to get the latest technology years after the living. Consider this account given by a participant at a séance:

The little light seemed to have a personality of its own; it kept attacking me, rushed into my fingers, it felt a little bit like a bee…the speed with which it moved, the fact that it went into my fingers, into my hair…it could not have been attached to anything…

It’s obvious what that is, isn’t it? The dead man’s spirit has a laser pointer. But we’ve had laser pointers for years; how come the dead are only now getting them? Are they still using Windows 95?

The main reason not to believe in such a universe is ectoplasm. In Victorian England, there were numerous unappetizing old ladies, charlatans, calling themselves Madame Sosostris, or Madame Osiris, who preyed on the lonely, grieving, and vulnerable, fleecing them of their savings.

One trick they did was to produce ectoplasm in the darkened room. But really, it was strips of muslin which they kept hidden on their person. I am restrained by considerations of delicacy from saying exactly where they hid the ectoplasm. We’ll just say they hid it in a special pocket that women have, and men don’t.

These ladies were the high priestesses of the Option C Universe. Do you really want to wake up in a place like that?

No. When the angel gives you the form, tick Option A.