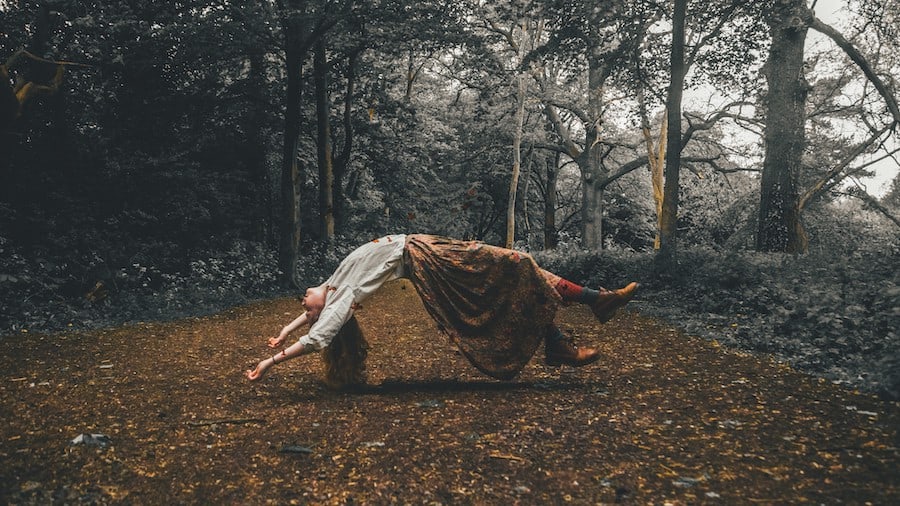 As someone married to the craft of writing and thus sentenced to a lifetime of enforced celibacy, I occasionally read with wonder about the antics of what are termed ‘normal folk’.

Something that recently caught my attention is the report that people now routinely break off during sex to check their smartphones.

It occurs to me, this behaviour may go some way to explaining a phenomenon that has long puzzled me, namely the enduring appeal of mystery for the human species.

I’m not referring to common-or-garden mysteries, but that particular sort that takes deep hold of our imagination and becomes celebrated in verse and song, such as the disappearance of Amelia Earhart, the Marie Celeste, or the disappearance of a village full of children courtesy the Pied Piper.

The quality that distinguishes these mysteries — epitomised by the Pan Pipes soundtrack to the movie Picnic at Hanging Rock — is their haunting quality. It’s not simply that a load of people have gone missing but that the case is so baffling, so bereft of explanatory clues despite massive searches, that in our hearts we sense supernatural agency must be at work.

The striking thing is, even those of us who don’t believe in the supernatural feel it. Why?

This spooky thrill can, I believe, be explained by a combination of two things. The neurotransmitter dopamine and something known as the God Helmet.

Someone once described dopamine as the Kim Kardashian of neurotransmitters because it is sexy and always in the press.

Pop science writers love it. Essentially it is said to be the one released whenever you get your fix of whatever it is you crave. Sex, gambling, food drugs etc. That’s why the need to check your Facebook status — releasing as it does a squirt of dopamine — overpowers the immediate desire to consummate the sexual act.

This is the popular understanding, but the truth about dopamine is slightly more subtle. It does not reward the consummation but rather the anticipation of a pleasure. That’s why achieving anything in life is ultimately disappointing. It explains the celebrated phenomenon of post-coital tristesse, and that similar devastating tristesse that takes up abode in the heart of a child on Christmas morning when all the presents have been opened.

It explains why we are all chained to the hedonic treadmill, where nothing ever delivers for long and why we are all doomed to a Sisyphean hunger for satisfaction that can only be stilled by the grave.

(Sorry to be so gloomy, but it does help to have a good grasp of the issue.)

Dopamine attends the anticipation of reward, rather than its achievement and one of the greatest rewards for readers is the satiation of curiosity.

Scheherazade worked this out a thousand years ago. The way to stop the Caliph chopping off her head was to tell a story and reach dawn with the story unfinished. So the Caliph, in a frenzy of curiosity to know what happened next, spared her life. This is the formula for the way all stories work.

With a mystery an extra dimension is added. The resolution is withheld and a haunting, uncanny quality layered on top. Mystery writers do this naturally but no one could explain how, until now.

A possible answer is supplied by a new piece of hardware in the neuroscientist’s armoury that has come to be known as the God Helmet. This apparatus provides a mild electro-magnetic stimulation to parts of the brain and can, so it is said, disrupts the communication between two brain hemispheres. When this happens, the normally subordinate ‘Self’ of the right hemisphere intrudes into the territory of the dominant ‘Self in the left giving rise to a sensation that there is someone else in your head.

You are safer with a mystery novel. Usually the Presence doesn’t say anything, it just breathes softly and conjures up a sound from upstairs. Footsteps.

But you are alone in the house. Woo!